AN EVENING WITH JACO BOOYENS FILMMAKER AND ACTIVIST - "8 DAYS" FILM 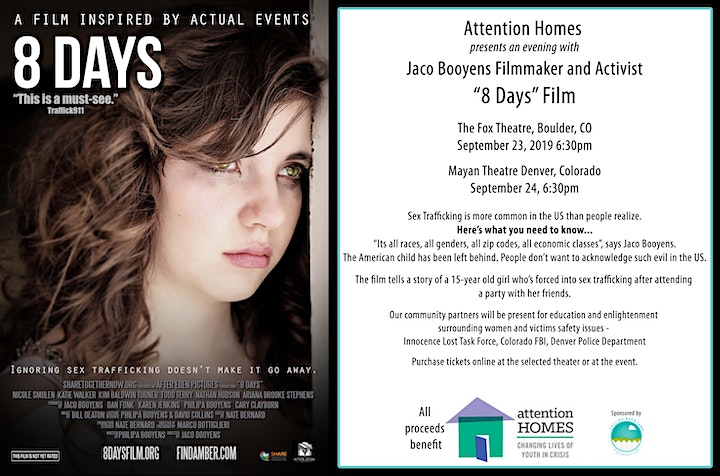 Jaco Booyens is a native of South Africa and an American citizen.

As the older brother of a sister who is a sex trafficking survivor Jaco turned abolitionist and produced and directed the feature film 8 Days, which his wife wrote as a non-profit, volunteer film. Inspired by the actual events of sex trafficking within the United States.

Jaco brings awareness and donates proceeds to local anti-trafficking organizations within the USA, South Africa and Europe. Children were rescued, brothels shut down.

Jaco became a trusted voice in the anti sex trafficking community and a voice to liberate women worldwide. He actively fights against child sex trafficking in the USA and globally, giving aid and linking with agencies such as the TSA, FBI, Police departments, CIA, ICE and Homeland Security SRT.

He is the founder of After Eden Pictures. Co-founder of Eden Green Technology with the mission to feed the world and eradicate food deserts. He has had a professional athletic career in both South African Rugby and Canadian and American football.

He resides in Dallas, Texas with his wife Philipa and their two daughters.