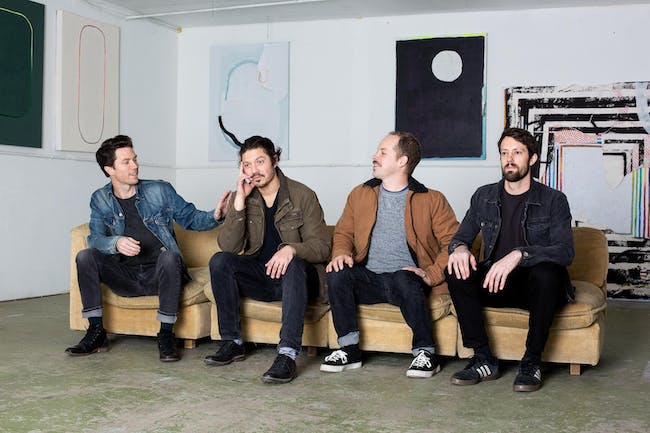 With the concern of general health safety, we apologize that we must cancel the Augustus performance on September 4th, 2020 at the Fox Theatre. Refunds will be processed automatically at the point of purchase. Thank you for understanding.

"Many may try to harken back to the heyday of rock and roll, but few pull it off as authentically as Augustus." - Sun News, 9/17. From their humble acoustic beginnings in 2014, to their current status as a full time touring indie rock band, the 4pc Boulder based Augustus continues to push the boundaries while delivering honest, original songs.

Since turning heads at SXSW 2017, the band has crisscrossed the country playing both coasts and Canada. The genre-bending indie rockers have released a steady stream of critically acclaimed music, licensed songs to multiple documentaries, MTV, E!, and the Discovery Channel, and dropped their much anticipated 4th studio record ‘Idle’ Fall 2018.

In 2019 the band dropped 2 new live singles, toured the West Coast and Montana, and played multiple sold out shows in Colorado. Most recently Augustus wrapped up their 5th record and first full length to date. The first single, ‘Be Your Man’ saw heavy rotation on Denver’s KTCL and cracked the Shazam top 50 Denver charts. The album is due out May 2020