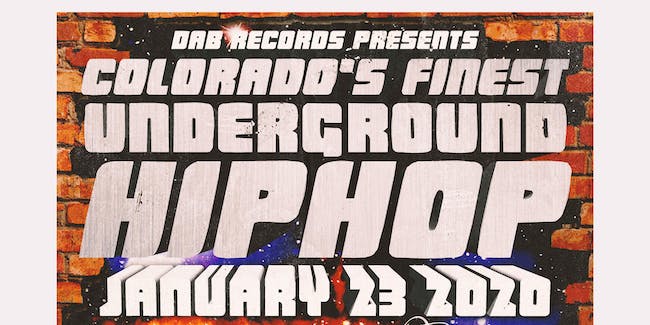 -All tickets are General Admission (GA) with limited seating available. If you require accessible seating or other accommodations, please purchase your GA tickets and reach out to Daniel@z2ent.com to help us make your visit as enjoyable as possible.

Marz and Briz met in 1996 during a Graphic Arts program at Front Range. When not busy creating graffiti block prints and logos in class, they were meeting up after school to practice their music. Since that time the Flowalition sound has developed into a mix of intricate rhymes, complex language patterns, and dark deep beats. 13 Days, Flowalition’s debut album, was released July 10, 2007. 13 Days was well received and the initial 1000 copies sold quickly. Since 2007, Flowalition has sold units in Sweden, U.K., Germany, Japan, Mexico, United States, and Canada. Briz and Marz have opened shows for such acts as Nas, Immortal Technique, GZA, KRS-ONE, Kool Keith & R.A. the Rugged Man to name a few and they’ve done countless shows all over the front range. Over the years Flowalition has worked with many producers but finally found the production style they were looking for with Grafik, from Proximity. After rocking countless shows, freestyles, battles, and fake Mc’s hearts right out their chest, Flowalition is ready to take the underground by storm.

Jordan Polovina is a multifaceted cellist, producer, lyricist and beatboxer based in Denver. His performances incorporate the MPC Live, allowing for a seamless blend of vocals, on-the-fly beats, and live instrumentation. Other projects include Whiskey Blanket, Animated Earth, and Grim&Darling.