After completing a Bachelor in Industrial Design, Jim began freelancing as a product and sound designer on a broad spectrum of commercial and art-based projects that saw him exhibit his conceptual ideas in museums around the world. During this period he won a wide range of audio production awards including the First Place and People’s Choice Award, Electrovision 2004, and Best Sound Design, 2003 in the 15/15 International Film Festival.

In 2005, Moynihan began his career as an electronic music producer under the artist name Spoonbill. His debut album Megafauna was released that year through Moynihan's record label Omelette Records. Spoonbill's unique mix of improvised electronica, sound art aesthetics and heavily edited live instrumental recordings became an instant underground hit, immediately establishing him in the Australian electronic music scene. It was followed in 2007 with his second full length album Nestegg with the support of the Australia Council for the Arts. The album was critically acclaimed and was nominated Album Of The Week on ABC Radio National, PBS Radio Melbourne and Triple R.

Moynihan has continued to release Spoonbill albums regularly, including Zoomorphic (2009), Airborne (2010), Astro Archipelago (2012), Boca Fiesta (2014), Tinkerbox (2015), Squawkus (2016) & Crosshatch (2018). In both 2013 & 2015, Spoonbill was ranked 3rd on the influential Addictech yearly charts for Tinkerbox and Boca Fiesta, and received 4th place in 2009 for Airborne. Spoonbill is widely respected as a pioneering producer that has influenced the sound of groove based electronica, especially in the Bass and Glitch Hop genres. In 2015 Spoonbill won ‘Album of the Year’ for Tinkerbox and came runner up for ‘Producer of the Year’ at the UK Glitch Hop Awards.

Moynihan is an award-winning sound designer and music producer for video games and TV. Jim's sound installations have toured both nationally and internationally, from ‘Imaging The Apple’ (New York 2010) to Melbourne’s renowned Hosier Lane (Nextwave 2006) and Federation Square (Sate of Design Festival 2004) to Tokyo Designers Block 2002, and 100 Percent Design (London, 2003).

In 2015 Jim became an official brand ambassador for Steinberg; a subsidiary of Yamaha - the biggest musical instrument manufacturer in the world. Steinberg create the audio production software Cubase which Jim has been using for the past 2 decades.

Jim is currently, owner and creative director of Omelette Records - a boutique Melbourne based record label which he founded in 2004 and has pioneered the sound of glitch groove electronica around the world.

Duffrey is an eclectronic music producer with an insatiable hunger for brain tickling soundscapes and squelchy bass. Woody Klann, a musician from a young age, has been squeezing sounds from his environment since he can remember. He combines an undeniable groove, rich instrumentation, and complex sonic exploration to transport the listener on a funky intergalactic journey.

Utilizing a fusion of the chilled out, hazy influence from the Northwest and the lush vibrant inspiration of Northern California, Woody has defined an entirely new sonic vocabulary. He experiments with many genres including Midtempo, Dub, Four on the Floor, and Drum and Bass and the result is comparable to an omnitempo psychedelic space safari. He’s known for converting brainwaves into tangible vibration that takes control of your body and leaves you tingling. 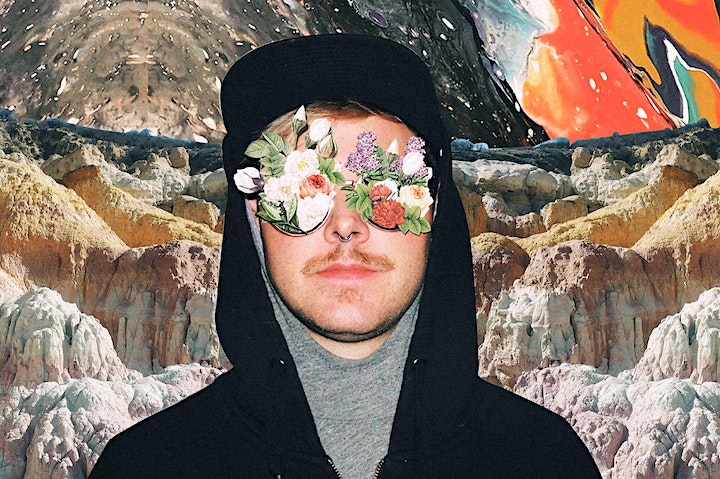