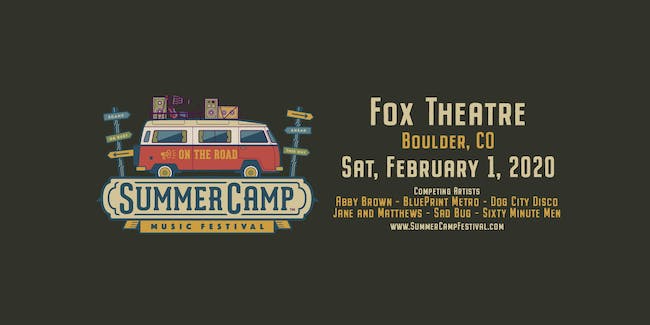 Summer Camp: On The Road brings the magic of Summer Camp Music Festival to your town. Summer Camp will be visiting multiple cities across the country searching for the best talent the area has to offer. Come out to support local artists as they play for a spot at #SCamp20!

Raised by Yeti's somewhere deep in the Colorado Rockies, the members of Dog City Disco came together through their common love of Karate Funk. Yetis, whom are famously known for inventing music, happen to also be great masters of Karate. They taught Dog City Disco everything they could and more. 20 years of deep study, practice and vision quests have come to unite one of the most entertaining bands of all time.

After a steady spell atop the US charts (in Guitar Hero), Dog City Disco now takes their show on the road.