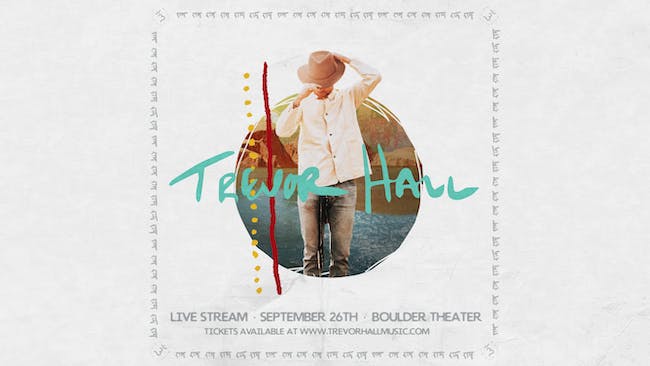 TREVOR HALL - IN AND THROUGH THE BODY ALBUM RELEASE LIVE STREAM

Facebook
Twitter
Email
Trevor Hall - IN AND THROUGH THE BODY album release Live Stream at Boulder Theater
Tickets are FREE with RSVP!

To celebrate the upcoming release of Trevor Hall's new album IN AND THROUGH THE BODY, he will be performing a very special live stream concert from his hometown venue the Boulder Theater. Join us at 7pm MST on Saturday, September 26th, one day after the album is available worldwide. You must have pre-registered for this event to be able to view. The concert is free with a suggested donation to support Trevor's band and crew, the Boulder Theater and the Boulder Theater staff. RSVP now at Trevorhallmusic.com!

Pre-order IN AND THROUGH THE BODY at our unique link to support the Boulder Theater and Fox Theatre!