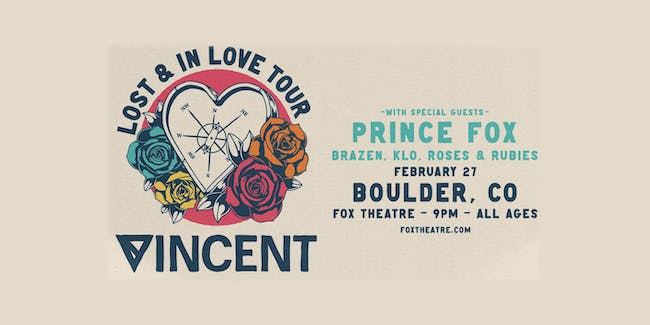 Hailing from Canada, 22-year-old Robert Hughes aka Vincent is one of the strongest forces in the world of genre-defiant, boundary-pushing electronic artists. Fusing the hottest sounds across trap music, future bass and unique styles in between, Vincent is perpetually setting the trends in his space.

Self-releasing several original and remixes with individual play counts in the millions, Vincent has exceeded expectations on the remix front. His official remix of Alison Wonderland’s “U Don’t Know” was met with critical acclaim and community support, and versions of The Chainsmokers' “Paris,” Meek Mill & Drake’s “R.I.C.O.,” and Alessia Cara’s “Here,” became instant fan favorites.

Vincent’s original work distinguishes the producer’s appeal — burgeoning from the day one trap fans all the way up to new listeners. His breakthrough “Anax” became a summer anthem when dropped in 2015 and was followed up by “Her” and "Breathe", a pair of cinematic efforts that proved worth the wait.

Primed to take the future by storm, armed with the talent and avant-garde approach to music that fans of today and tomorrow yearn for, Vincent is reinventing the electronic artist.