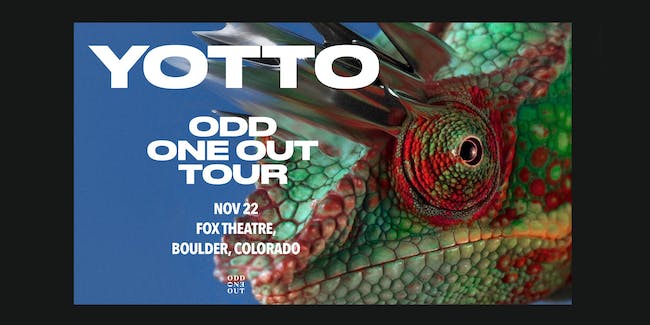 Finnish producer, notorious oddball and Anjunadeep mainstay Yotto announced today the launch of his own record label, Odd One Out, a collective dedicated to the eccentric sounds that mirror the artist’s quirky personality and permeation of the electronic music space.

The debut single “Shifter” arrives as the first in a four-part series to be released on the imprint throughout this year. The cerebral track is layered with contrasting dark and ethereal moments that bounce between Yotto’s distinctive melodic techno soundscapes. A strong pick for the label’s intro, the seven-minute builder is an amorphous tune that will uphold both the club and warehouse spaces.

In a moment of keen self-awareness, Yotto reflects on Odd One Out: "I strongly believe that nobody could do a worse job running a record label than me. To make sure I stay ahead of the competition in terms of idiocy and surreal zookeeping, I present Odd One Out - an amalgamation of galactic chase scene soundtracks and sunshine-inspired techno blues. We are all odd ones out there - this music is for the outsiders.”

The label announcement follows Yotto’s recently released debut album Hyperfall on Anjunadeep which has amassed an impressive 15 million streams, along with praise from the likes of Billboard among others. Leading up to his first-ever BBC Radio 1 Essential Mix last year, the world’s leading radio DJs Pete Tong and Annie Mac dubbed five of Yotto’s tracks ‘Essential New Tunes’ and three as ‘Hottest Records In The World’, respectively. The coveted titles come as no surprise for the Finn, having earned previous support over the years from tastemakers like Dixon, Solomun, Kölsch, Eric Prydz, Sasha, Adriatique and Patrice Baumel.

A renowned selector, Yotto has lit up dance floors around the world, from Coachella to Printworks and Watergate to Warung. He will next take his talents on a global tour, adding Odd One Out stops to the massive run which includes his biggest shows to date across Australia and North America. Following a sold-out Anjunadeep Open Air show at the Brooklyn Mirage, Yotto will headline landmark venues like LA’s Fonda, SF’s Regency Ballroom, Vancouver’s Commodore Ballroom, DC’s Soundcheck and NY’s Avant Gardner.